A local fireworks company and a local metal fabrication company have been requested to play a key role in the Closing Ceremony for the Commonwealth Games 2014.

Red Box Engineering, based in Chandler’s Ford, Southampton, have been selected by Pains Fireworks, based in Salisbury, to construct the bespoke aluminium props for their Pyrotechnics to be fired at various angles during the Closing Ceremony, to what will surely be a stunning display.

This year’s Commonwealth Games, to be held in Glasgow from July 23- August 3, promise to be the biggest show Scotland has ever seen, with the Closing Ceremony sure to provide a powerful finale to the Games.

The Opening and Closing Ceremonies have been created and produced by Jack Morton Worldwide, the company who also did the Athens 2004 Olympic Games and the FIFA 2010 World Cup in South Africa. Pains Fireworks were selected for their creative concept for the ceremony, which they put together in a 3D simulation.

Guy Deeker, Managing Director of Pains said, ‘We were asked to deliver a safe show in a close proximity environment that we felt reflected the ethos of the Games and Glasgow itself. Since then the creative and technical team have been working to produce a unique and powerful show befitting the end of the Games.’

Red Box Engineering in turn have created launch boxes for the ceremony with the high level of accuracy needed for the task. Steve Gubbins, Business Development Manager at Red Box Engineering said, ‘Many hours of cutting, water jetting, folding and metres and metres of welding have gone into the project, which we know Pains Fireworks will be proud of.’

Both companies have a portfolio of work on the South Coast; with Red Box Engineering producing several sculptures for Roxan Developments, including the seven metre high ‘Portswood Point’ between two apartment blocks at Roxan Mews in Southampton, and a metal Pine Cone sculpture for The Pines development in Bournemouth. Pains Fireworks have done work for Bournemouth Skyshows and St Mary’s Stadium.

As we enter the final stages of preparation for the Games, two teams of 6 technicians will travel up to Glasgow at the end of July to rig the pyrotechnic props on the roof at Hampden Park Football Stadium, ready for the big show on the 3rd of August.

Qualified riggers will assist in attaching the props to the roof, and all the hard work will result in the stadium being lit up with a musically choreographed pyrotechnics display that will be seen by a live and worldwide TV audience of millions.

Sure to be a spectacular show, the Commonwealth Games will kick off at Celtic Park on July 23, with 3000 ceremony Cast Members, more than 4,500 athletes and 40,000 live spectators.

As featured in the Daily Echo. 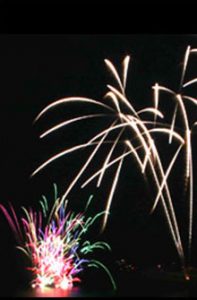 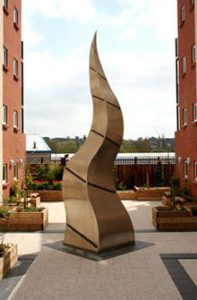 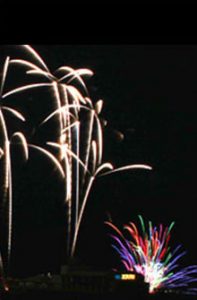