Shipping containers are much more than just a box to carry cargo. These stainless steel structures are becoming the answer to greener living. As well as acting as respite from natural disasters and a cheaper alternative to standard building practices.

Containers are  being used more and more to create pop-up shops, bars, exhibition stands, office spaces and even homes. From New Zealand to Holland to Cambodia, shipping containers have been the much sought after solution to a cheap and easy way of providing housing and shopping malls. Here are just a few examples:

Containers were the solution due to the devastating effects of the 2011 earthquake in Christchurch, New Zealand, leaving fatalities and the city in rubble, struggling to build itself back up again. Re:START, was the answer to this, whilst residents and business owners waited for the city to be rebuilt. This temporary container mall opened in October 2011, where the City Mall had once been. Now closed in January 2018, this mall provided much needed respite for the city after such an event. Not only was it popular with locals, it became a tourist attraction too, therefore having a dual purpose in the city.

In Ottawa last year, 41 shipping containers were delivered as part of an event called “Inspiration Village”. This was one of Ottawa’s signature events in 2017. The steel boxes were set to boost tourism throughout the year. Containers were being converted into stages with entertainment and interactive displays. The plan was to host exhibits and performances to highlight the regions and culture of Canada. This was located in Ottawa’s historic ByWard Market.

It’s not just overseas that container conversions are becoming popular, they are now popping up all over the UK. Plans have been submitted to create a container shopping village in Liverpool. Work should start in the next few months if all goes to plan. BoxPark in Shoreditch, London, has taken claim to the world’s first pop-up shopping mall. Offering modern street food, as well as local and global brands. In 2016 the second BoxPark was set up in Croydon.

As a result of the success of previous schemes, Container Villages are set to be the next popular thing. Consequently at Red Box Container Conversions, we want to create modern and stylish container conversions for our customers. Above all we want to create conversions that will last for years to come. We are proud to be offering a cheaper and easier alternative to the market that small and start-up businesses can invest in. As well as more established companies and developers. 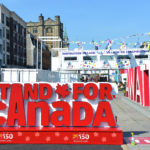 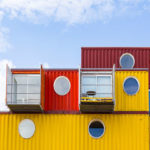 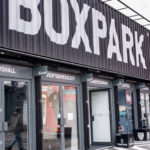 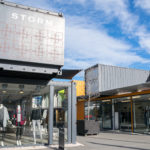